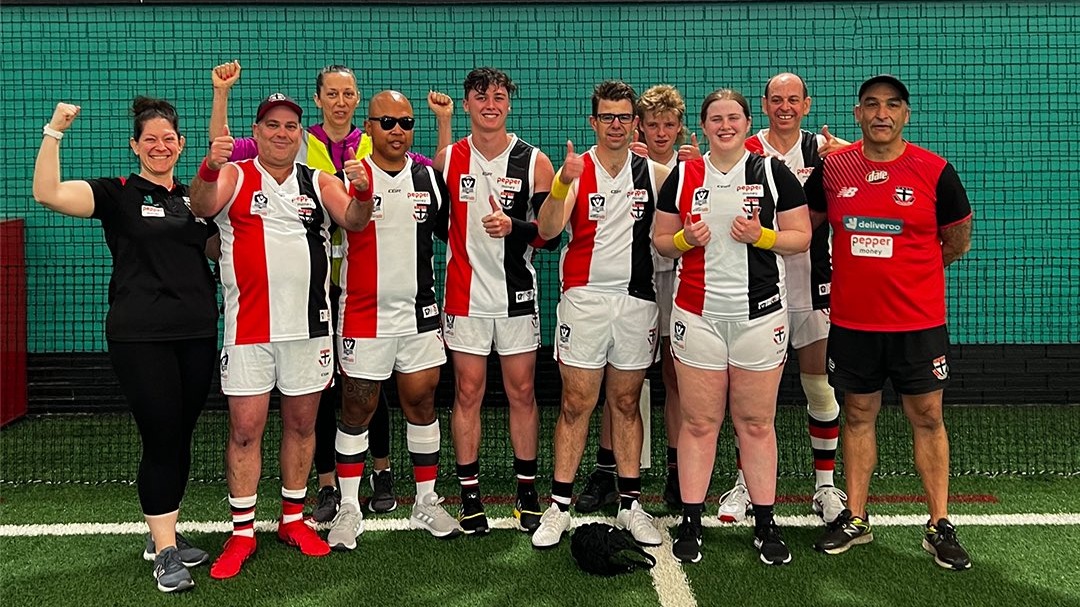 All smiles for the Saints players after they win through to the Grand Final. Photo St Kilda FC

St Kilda and the Bulldogs will face off in the 2021 Energy Safe Victorian Blind Football League Grand Final after the deciding round of matches took place over the weekend.

Round 9 and the Semi-Finals of the ESV VBFL took place on Saturday the 27th of November, with the Saints and Bulldogs emerging as the two strongest sides.

After finishing the regular season in first position, the Saints were able to defeat the Bombers convincingly in the first Semi-Final (79-35) to progress onwards, whilst the Bulldogs were able to knock off Hawthorn in a nail-biting second Semi-Final by just four points (25-21).
The Grand Final will take place on Saturday the 4th of December at Action Indoor Sports Centre Tullamarine and will be live streamed via the AFL Victoria and Victorian Blind Football League Facebook pages.
The results of the weekend's matches can be found below.
ESV VBFL Results (Sat 27 Nov)